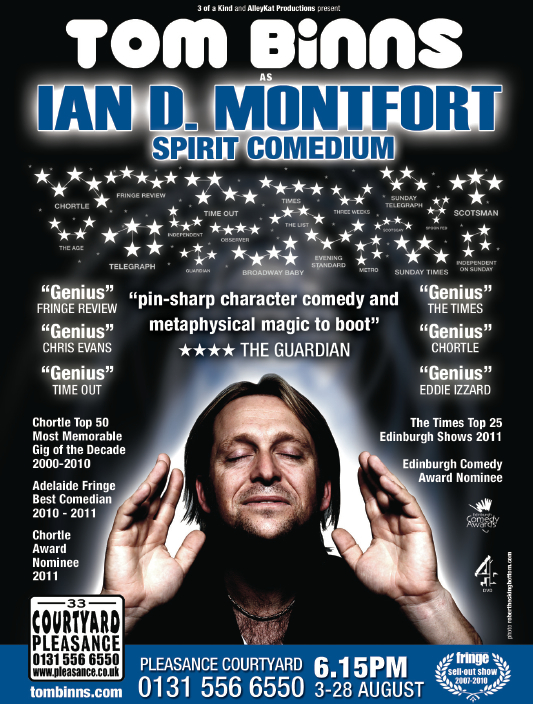 Already picked by The Times and The Guardian as shows to see in 2011, Ian D. Montfort’s second Edinburgh Fringe Festival offering, ‘Spirit Comedium‘ is looking to be a huge hit.

Last year Tom did a lunchtime experiment in cold reading and mind magic, developing a character that became a critically acclaimed, sell-out smash. It came as a total surprise for Tom Binns and was one of the few things he wasn’t able to predict with his newly learned Spirit Medium skills.

Tom has already proven himself to be a masterful character comic as the man behind every one’s favourite hospital radio DJ Ivan Brackenbury.

“I was blown away. It wasn’t really a complete or finished show it was a dry run for this year. I was too wrapped up in learning and performing the skills of a mind magician to give the comedy the attention I would have liked. I’ve been performing Ian D for a year now and talking to the dead has become second nature to me so that frees me up nicely to think more about the character and jokes – I prefer it when I’m focused on the comedy rather than the magic”