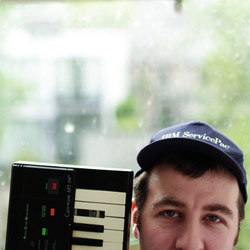 Somewhere over the David O’Doherty

David O’Doherty is one of the most endearing comedians on the stage this festival. A self-described mix between a youth club supervisor and A.L.F., O’Doherty brings an original flair to his act, using an old 80’s keyboard to perform songs that, while hardly showcasing an award winning voice, are innovative and clever.
O’Doherty is a very relatable character and his show features heavily on this aspect of his personality. He regales the audience with tales of his job as a floor cleaner in a German sausage factory and his four years spent in bike maintenance, at one point doing a song based solely on asking the audience for their bike-related problems.

A veteran of the Fringe circuit, O’Doherty understands all too well the nature of comedy acts and has made adequate preparations for potential lulls in the hour. Producing a notebook filled with fake panda facts, he changes tack for a couple of minutes producing many unexpected belly-laughs from the audience before reverting back to his original monologue.
This show provides something different from the usual stand-up formula. O’Doherty’s prowess in observational as well as unconventional comedy makes his performance a proper laugh-a-minute extravaganza. You will not feel hard-done by parting with £10 for this performance, O’Doherty makes sure of it, and the audience can visit his bike maintenance shop free of charge as an added bonus.

‘Somewhere over the David O’Doherty’ will be showing at the courtyard pleasance at 10.20 for the duration of the Fringe. You can buy tickets here.